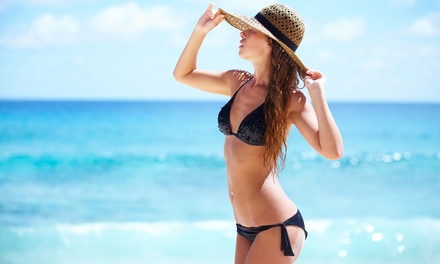 Banish unwanted hair from three areas, such as the bikini or snail trail, over the course of three or six sessions of laser hair removal