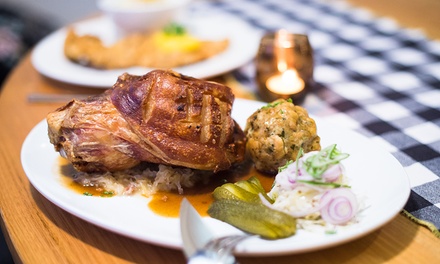 Take a friend or a group for a nights out and indulge in a hearty Austrian cuisine, including a range of schnitzels, steaks and goulash