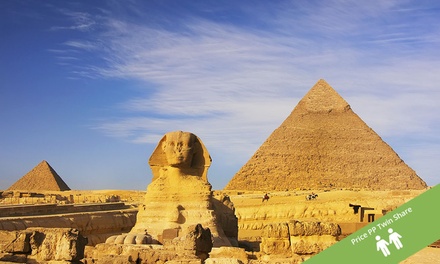 Egypt: $1,329 Per Person for a Nine-Night Tour with Meals, Nile Cruise, Domestic Transfers and Sightseeing

See some of the gems of Egypt, such as the Pyramids, Sphinx and the Valley of the Kings, during this 10-day tour with a Nile cruise included