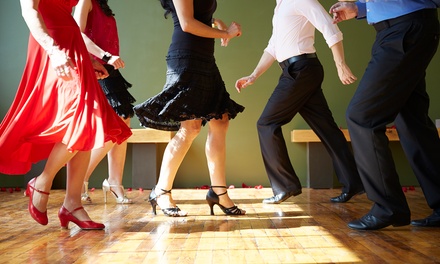 One or two customers can make their first steps into the world of dance styles such as rumba, cha cha, waltz or progressive jive