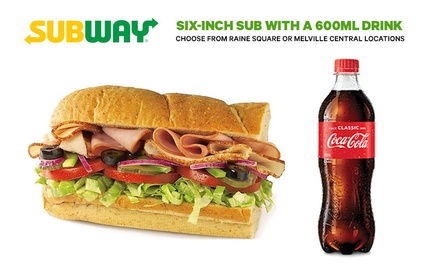 Sip on a drink of choice and tuck into a sub with fillings such as chicken strips, roast beef or turkey at one of two locations