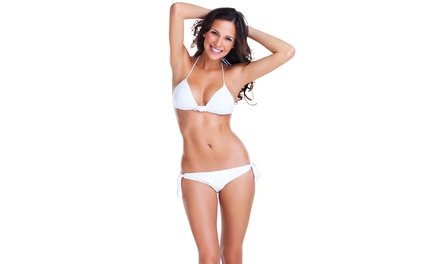 Target unwanted hair on areas such as shoulders, half legs or Brazilian throughout the course of six sessions of laser treatment