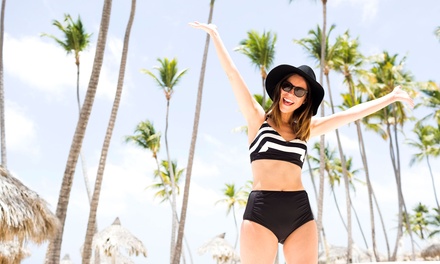 Banish unwanted hair from up to four areas like the underarms, bikini, chin, lip or knees thanks to four sessions of laser IPL hair removal