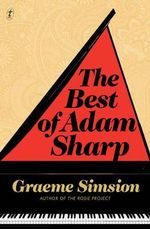 Book: The Best of Adam Sharp: The Collector's Edition
A novel about love, music and coming to terms with the past, from the author of the international bestseller The Rosie Project.

On the cusp of fifty, Adam Sharp has a loyal partner, earns a good income as an IT contractor and is the music-trivia expert at quiz nights. It's the lifestyle he wanted, but something's missing.

Two decades ago, on the other side of the world, his part-time piano playing led him into a passionate relationship with Angelina Brown, who'd abandoned law studies to pursue her acting dream. She gave Adam a chance to make it something more than an affair but he didn't take it. And now he can't shake off his nostalgia for what might have been.

Then, out of nowhere, Angelina gets in touch. What does she want? Does Adam dare to live dangerously? How far will he go for a second chance? 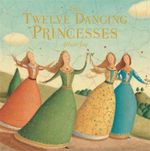 Book: Twelve Dancing Princesses
Long ago in a kingdom far away, there lived a king and his twelve beautiful princesses. Although they are locked in their room each night, every morning the princesses wake up with their slippers worn through, as if they had been dancing all night long. Who will solve the mystery of the tattered shoes and claim one of the princesses as their bride? With dazzling illustrations by Alison Jay, this is an enchanting retelling of a classic tale.

Kate Baker Kate Baker is a writer and editor of children's books for all ages on subjects ranging from history and travel, to natural history and mythology. Her books include Highest Mountain, Deepest Ocean and Walk This Wild World.

Alison Jay Alison Jay is a graduate of the London College of Printing and the critically acclaimed illustrator of many books for children, including The Nutcracker, Welcome to the Zoo and Nursery Rhyme Rainbow. 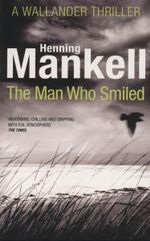 Book: The Man Who Smiled
Spiralling into an alcohol-fuelled depression after killing a man in the line of duty, Inspector Kurt Wallander has made up his mind to quit the police for good.

When an old acquaintance seeks Wallander's help to investigate the suspicious circumstances in which his father has died, Kurt doesn't want to know. But when his former friend turns up dead, Wallander realises that he as wrong not to listen.

Against his better judgment, he returns to work to head what may now have become a double murder case. An enigmatic big-business tycoon seems to be the common denominator in the two deaths. But while Wallander is on the trail of the killer, somebody is on the trail of Wallander, and closing in fast... 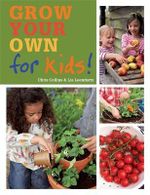 Book: RHS Grow Your Own : For Kids
Grow Your Own for Kids! shows budding gardeners how to grow the tastiest and best fruit and vegetables alongside some of their favorite owers. As the desire for outside living, fresh food and healthy activity continues to build, this inspiring book can be enjoyed by children alongside parents, grandparents and friends of all ages.

Thirty easy-to-follow step-by-step projects show how to sow and grow key vegetables including tomatoes, eggplants and pumpkins, child-friendly fruits such as strawberries, raspberries and blueberries, and other plants such as sun owers. Kids will also learn how to keep their plants healthy, how to encourage birds and insects into the garden, and how to make a scarecrow.

In addition to providing invaluable advice so kids can grow their own fruit and vegetables, there is fun scientific information as well as simple recipes for using the produce they grow.

Chris Collins trained at the Royal Botanic Gardens in Edinburgh, Scotland, before becoming the Head Gardener at Wesminster Abbey in London. Since 2004, he has been a leading children's television gardener.

Renowned garden writer Lia Leendertz is the author of several books including, most recently, The Twilight Garden. Her blog 'Midnight brambling' was awarded blog of the year at the Garden Media Guild Awards in 2010. 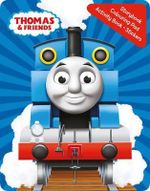 Inside, Thomas fans will find a Thomas Engine Adventure story, a Little Book of Engines activity book and a Really Useful colouring pad, plus fun stickers of all their favourite characters.

The books included are: Thomas has been teaching children lessons about life and friendship for over 70 years. He ranks alongside other beloved characters such as Paddington Bear, Winnie-the-Pooh and Peter Rabbit as an essential part of our literary heritage. 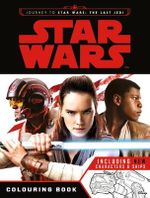 Book: Journey to The Last Jedi Colouring Book : Star Wars
Revisit the Star Wars universe with the newest addition to the franchise, The Last Jedi. Join Rey, Finn and Poe to continue the adventure that started in The Force Awakens, and discover a host of new characters, ships and locations.

Colour in scenes, characters and ships in this awesome movie colouring book.

Other titles in The Last Jedi series: 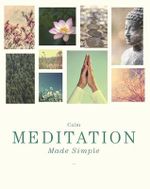 Book: Meditation Made Simple
A practical guide to introduce meditation to beginners.

Meditation is ideal for relieving the stress caused by modern living, improving concentration and helping you reach more profound levels of consciousness. Meditation Made Simple teaches you everything you need to know about how to use meditation to improve your life, including step-by-step practical instructions and exercises for beginners, showing you how to combine meditation with other approaches including yoga, chi kung, mandalas and labyrinths.About the Made Simple seriesThis stylish series of mind, body, and spirit books covers the basics of such subjects as yoga, crystals, and essential oils. Packed with practical information, each book is the perfect companion for a beginner as well as a great source of reference for the experienced practitioner.

Madonna Gauding has been a student of Buddhism for over 12 years and is a practitioner of martial arts. She is the author of The Meditation Bible, World Mandalas, Six Keys to Buddhist Living and Working with Meditation. 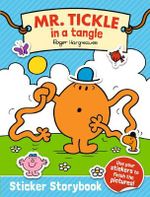 Book: Mr Tickle In A Tangle Sticker Storybook
Mr Tickles favourite thing to do is tickle people. But sometimes his extraordinarily long arms can get him into trouble especially if Little Miss Naughty is involved With stickers to complete pictures this story about Mr Tickle in a tangle is perfect for all Mr Men fans. 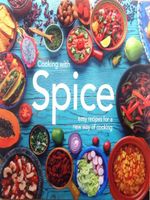 Book: Cooking With Spice
Filled with easy to prepare recipes, this book presents dishes from six major cuisines of the world whose home cooking traditions embrace the use of spices. 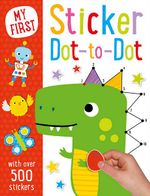 Each colourful page encourages children to complete the pictures and patterns by joining the dots and using the large stickers. Children can choose whatever colour they like to complete each picture, giving them the freedom to be creative from a young age! 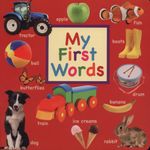 Book: My First Words
Includes dozen of words and pictures to help young children learn all the names of the things around them. 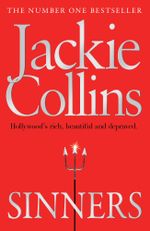 Book: Sinners
Hollywood - glittering premieres, dazzling movie sets, fabulous parties, plush love-nests hidden in Malibu and Beverly Hills. Behind the gorgeous playgrounds of the rich and renowned lies a jungle of lust and perversity, greed and ambition, love and danger - where survival is all and innocence is a role nobody plays for long.

Jackie Collins uncovers all the sex, all the scandals, all the private obsessions of filmland's famous in the shocking, passionate world of . . . Sinners